<— Back to Main Game Page

True Crime board games are fairly new. This collection of games has everything from old school “roll the dice” and work a game board .. to the cool modern “case file” game, where you are handed an envelope of police evidence and asked to solve a cold case. They are all a blast and a great games night for the family (older kids!) or a girls night in.

Kindly note: Some of the product links to board games are from our affiliate partners. We earn commissions if you shop through the links on this page. (Thanks!)

Unsolved Case Files is a murder mystery game that lets you solve a fictitious cold case just like a detective.

On May 8th, 1998, the small Indiana town of Riverdale was shocked by the brutal murder of one of it’s most beloved citizens on the night before her own wedding. The victim, Harmony Ashcroft, was murdered in the parking lot behind a popular local restaurant.

Bones McBride, a local vagrant, was framed for the murder and has spent over 2 decades behind bars despite being 100% innocent!

This 1998 cold case is still unsolved. Are you ready to take a crack at it? 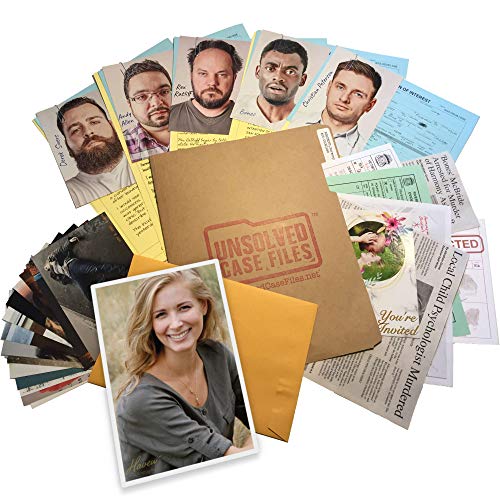 On Sunday June 22, 2003 an unknown person detonated an explosive on a passenger train outside the city of Addenberg, New York.The explosive device killed five people and wounded another eight in the blast.

All 5 original suspects cooperated with investigators and provided statements and fingerprints. However, given the lack of evidence from the bombing, the case has gone cold and the unknown subject responsible for the gruesome attack has escaped justice.

A year and a half later, police managed to find an online server used by the Addenberg bomber. The forensic and technology departments have tried to gain access but were unable to crack into it.

The bomber had originally sent a threatening letter to the police on June 15, 2003 and another alarming movement in the case came just two days ago on January 17, 2005 when a second letter showed up. Investigators were able to confirm a link between the letters and authenticated the second letter to be from the Addenberg bomber. Like the first letter, it mentioned an attack that will happen in seven days.

With only 5 days left, the head detective has enlisted help from the Cold Case Crackers to finally bring justice to the bomber, closure to the families of the victims, and to stop the new bomb from hurting anymore innocent people. 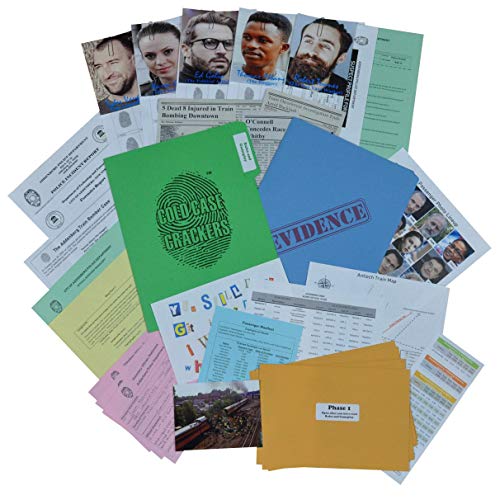 Who among you can see through the lies?

Who is capable of getting away with murder?

In Deception: Murder in Hong Kong, players find themselves in a scenario of intrigue and murder, deduction and deception. One player is the Murderer, secretly choosing their weapon and the evidence they leave behind. Another is the Forensic Scientist who holds the key to convicting the criminal but is only able to express their knowledge through analysis of the scene. The rest are investigators, interpreting the clues to solve the crime – and the killer is among them.

Investigators must collaborate and use their wits, their hunches, and their keen deductive insight to correctly identify the means of murder and the key evidence to convict the killer.

4. Detective: A Modern Crime Board Game

In a world of modern crime, it takes both old-school skills and advanced tech to solve the case.

This is a game of wits and deduction, a full game night experience – a single game session can last up to 3 or more hours. It is also rules-light, meaning, that the most powerful tool at your disposal is your team, your imagination, and your mind.

Detective cases are fictional stories set in the real world, so you will have access to any data found on the Internet. On the Antares Database, you can find information stored by the police, the FBI, the military, and federal intelligence agencies.

In this challenging, story-driven game, you will play as Antares National Investigation Agency members. You are going to tackle five different cases, each affecting the next. Together they will form a campaign that will put your skills to the test. 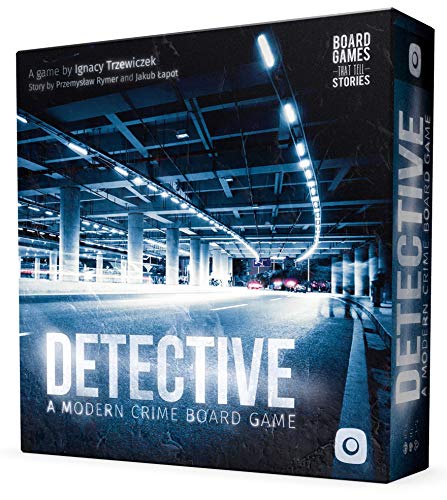 The Pastor’s wife has a secret past that she has kept hidden until now. That past has come back to haunt her.

She has been taken and her captors want information and they are willing to do anything to get it. The husband has been given 24 hours to find a location and a code that is hidden in his wife’s belongings. He searched the house looking for answers and found a box tucked away in the back of the closet.

In the box, he finds a locked pouch that looks like it has a bible in it. He also finds cryptic pictures, coded messages, and who knows what is in that pouch. His head is spinning. He is desperate for help but the ransom note said no police. He needs your help. Can you solve puzzles, decipher codes, piece it all together and solve the mystery of The Pastor’s Wife? 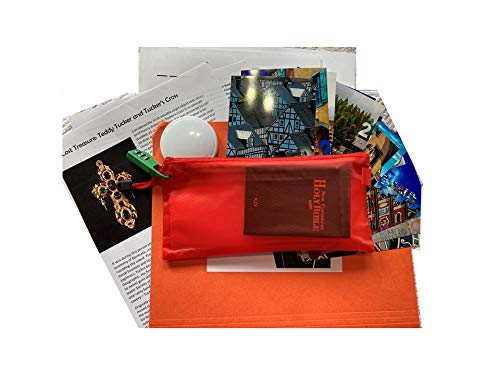 Cooperative game of crime investigation, mixing VR experience and board gaming. With the same physical components (board, locations, characters and items), players will be able to play plenty of different scenarios and solve as many different crime stories.

They will start the app, choose the scenario they want to play, and follow the story. The goal being to catch the killer of the case they have been given in the shortest short time possible.

Using scan & play technology, Each component (locations, characters, items, etc.) has a unique QR code, which, depending on the scenario selected, will activate and trigger different clues and stories. That means players will be able to get new stories way after the game is release Simply by downloading the app’s updates, without any shipping of new physical components involved.

Each session lasts one hour and many scenarios are connected to each others in order to tell a much bigger story. 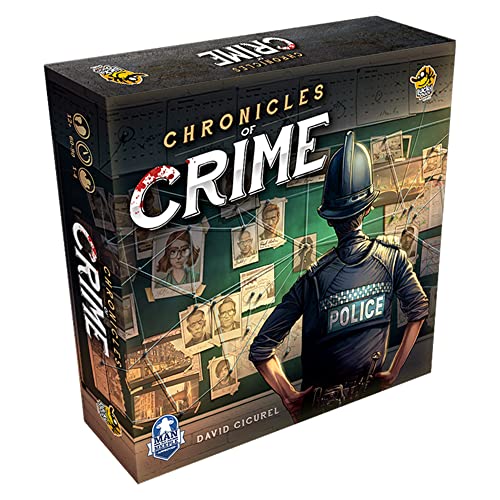 While not a typical true crime game, this political fantasy allows players to deep dive into one of the greatest crimes ever committed .. The Rise of Nazi Germany. Secret Hitler is an addicting bestseller in coffee houses around the country.

Secret Hitler is a dramatic game of political intrigue and betrayal set in 1930’s Germany. Players are secretly divided into two teams – liberals and fascists. Known only to each other, the fascists coordinate to sow distrust and install their cold-blooded leader. The liberals must find and stop the Secret Hitler before it’s too late.

Each round, players elect a President and a Chancellor who will work together to enact a law from a random deck. If the government passes a fascist law, players must try to figure out if they were betrayed or simply unlucky. Secret Hitler also features government powers that come into play as fascism advances. The fascists will use those powers to create chaos unless liberals can pull the nation back from the brink of war.

The perfect game for people who love to figure out secret motives, piece together clues and play with human psychology.

All-American Murder: The Rise and Fall of Aaron... $1.99
SaleBestseller No. 3