The Best Criminal Profilers in the FBI

Photo by Markus Spiske on Unsplash

While there are many rock stars in the criminal profiling world (too many to list), FBI profilers are the pioneers and “gold standard” in the field.

In the past, many criminal cases turned cold due to a lack of physical evidence. As law enforcement began to look at the psychology behind the crimes (something they thought was a waste of time, historically), patterns of behavior emerged that helped solve these difficult cases.

What is an FBI Profiler?

Criminal profilers analyze the crime scene as well as the evidence that is available to determine the personality or characteristics of the offender, making it easier to catch them.

Most people are familiar with the term “profiler” from popular shows such as Criminal Minds, Mindhunter and the 90’s hit movie Silence of the Lambs.

It’s the added letters of “FBI” that really distinguish this group of law enforcement. It was in the FBI’s groundbreaking “Behavioral Analysis Unit” that they started to build an expertise in the motivation, feelings and childhood experiences of serial killers. This pioneering work established the FBI as the “gold standard” in criminal profiling, internationally.

If you’re wondering how to be a profiler for the fbi this is an excellent article describing the kinds of personality traits and education typically needed. Basically:

John Douglas was one of the first FBI criminal profilers and is the most widely recognized criminal profiler. He has written several popular books, and has done extensive speaking tours around the world.

His career in criminal profiling began 1977 when he joined the Behavioral Science Unit. Douglas traveled the country to teach police officers about his research in criminal psychology. While he made his way around the country, he took the initiative to meet and interview with convicted serial killers and violent sex offenders while incarcerated. He spoke with some of the most notorious criminals in history such as Ted Bundy, Charles Manson, John Wayne Gacy, and Edmund Kemper.

Douglas has written many books on criminal profiling, and his most popular novel “Mindhunter: Inside the FBI’s Elite Serial Crime Unit” was adapted into Netflix’s hit show “Mindhunter,” where the character of Special Agent Holden Ford is based on Douglas’s career.

Credited with coining the term “serial killer,” Robert Ressler was a famous FBI investigator who conducted face-to-face interviews with the most notorious and successful serial killers to figure out why — and how — they work.

When 6 people were found murdered in Sacramento, California in the span of a month, with traces of cannibalism, vampirism, and necrophilia, the FBI’s Behavioral Science Unit that included Ressler was brought in on the case. His initial profile predicted a white male in his mid-twenties who was undernourished, unkempt, and with a history of mental illness.

It proved spot-on as suspect Richard Chase was arrested looking malnourished and disheveled, in a sweatshirt covered in blood, and was suffering from schizophrenia.


Ressler had a distinguished career in the FBI working alongside John Douglas and the original team of the Behavior Analysis Unit, going on to write several books and lecture internationally.

Candice Long is a former FBI criminal profiler. In 1995, DeLong was one of three FBI agents chosen to help solve the infamous Unabomber case. She has spoken out about and provided her educated opinions on numerous cases including the Laci Peterson case as well as the Casey Anthony case.

After retiring in 2000, she published a book entitled Special Agent: My Life on the Front Lines as a Woman in the FBI. 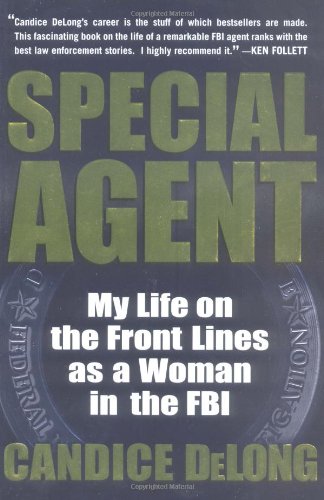 212 Reviews
Special Agent: My Life on the Front Lines as a Woman in the FBI
$6.10
Buy on Amazon

DeLong went on to host Deadly Women and Facing Evil with Candice DeLong, (Investigation Discovery Channel) where she profiled dangerous female criminals and offered her experience and knowledge on the subject. In her new show “The Deadly Type with Candice DeLong,” she investigates murder suspects to build a psychological profile of the killer.

Jim Clemente is an author, podcast host of “Real Crime Profile,” former writer and producer of “Criminal Minds,” former New York State prosecutor, and former FBI criminal profiler. Clemente worked with the FBI for 22 years, and in addition to criminal profiling, he specialized in cases on child sexual abuse, victimization, abduction, and homicide. His most notable role as a criminal profiler occurred in the D.C. sniper case, where two men shot and killed 17 victims and wounded 10 others.

In the audiobook “Call Me God,” Clemente and his brother walk listeners through the case and share details that have never been shared before.

Rosanne Russo was among the first group of women to join the FBI, and she was one of the first two female FBI criminal profilers. While she enjoyed her work as a school psychologist, she wanted more out of her career, so she decided to join the FBI in 1979.

In 2002, she profiled an electrician in Philadelphia who was charged with several felonies and misdemeanors in connection with his attempted bombings. According to her LinkedIn, Russo has worked at The John F. Kennedy Center for the Performing Arts as a tour guide since retiring from the FBI.

Roy Hazelwood was a former FBI profiler who helped found the Behavioral Science Unit. His focus was on sex criminals, and he was known as the pioneer of profiling sexual predators. He classified types of rapists and determined the difference between organized and disorganized crime, which helps to profile criminals and their motives.

Hazelwood is most recognized for his work as a criminal profiler in the BTK serial killer case as well as the Butcher Baker case in Alaska. He was also featured in a few episodes of “Forensic Files,” (seen above) where he was interviewed as a behavioral expert.

He passed away in 2016, but his legacy lives on in his scholarship at California University of Pennsylvania for the Master’s Degree in Criminal Justice Studies.

Dayle Hinman earned her bachelor’s degree in criminology from Florida State University and is one of the first forensic profiling trainees under John Douglas. As an FBI criminal profiler, Hinman worked several high-profile cases including those of Ted Bundy and O.J. Simpson.

In her documentary-style show “Body of Evidence: From the Case Files of Dayle Hinman,” Hinman reviews some of her cases through reenactments and interviews.

Description below taken from maryellenotoole.com

Mary Ellen O’Toole, Ph.D. has spent her career studying the criminal mind. One of the most senior profilers for the FBI until her retirement in 2009, Dr. O’Toole has helped capture, interview and understand some of the world’s most infamous people including:

Dr. O’Toole also worked the Elizabeth Smart and Natalee Holloway disappearances, the Columbine shootings and many other high profile cases. Her law enforcement career spanned 32 years, beginning in the San Francisco’s District Attorney’s Office when she was a Criminal Investigator. Dr. O’Toole worked as an FBI agent for 28 years, spending more than half of her Bureau career in the organization’s prestigious Behavioral Analysis Unit (BAU)—the very unit that is the focus of the hit crime series “Criminal Minds.” 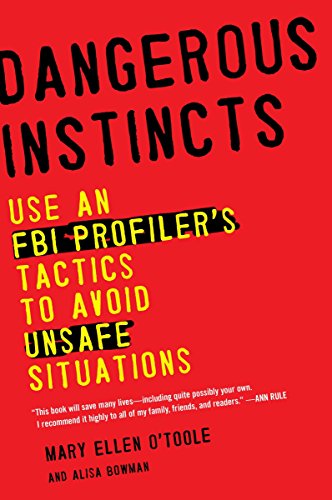 For more of the pioneering work of criminal profilers in history click here: